Such an idyllic part of the world, where mountains meet the sea and where glens hold the darkest of secrets, have inspired great writers, artists, poets and more for centuries. It’s no surprise then that the Road to the Isles also looks pretty good on the big screen. Here’s a look back at some of the most exciting filming locations that have sprinkled some of our magic onto audiences worldwide.

Glenfinnan Viaduct and the Jacobite Steam Train have become iconic images of the Highlands, and much of that is down to a certain wizard. The romantic journey to Hogwarts sees Harry and co steam their way through magnificent countryside and over the gently curving arches of the viaduct. Whether on the train or snapping excitedly from the sidelines, expect more than a few fellow fans of the films and books for company. The steam train travels daily during the tourism season between Fort William and Mallaig.

But the fantastical magic does not end there as it was nearby Loch Eilt that served as Dumbledore’s final resting place. One of the Loch’s particularly photogenic little islands, curiously packed with trees, marked the spot. Fans may recall the chilling scene where the tomb was raided and the Elder Wand was seized by Voldemort.

Glenfinnan Monument Visitor Centre has a newly expanded car park (charged) and this is easily the most popular place to watch for the passing train. Please park respectfully and leave no trace of your visit to help keep this incredible location beautiful.

Just as iconic, though likely for a different generation, was this 80s classic. Following the enlightening journey of an American oil executive’s introduction to rural Scotland, the movie manages to strike something in the hearts and souls of all who love the place. Lovers of Scotland can’t miss this one. There’s also a superb soundtrack by Mark Knopfler.

Filming took place principally in Pennan on the Aberdeenshire coast, and at our own Camusdarach Beach. Burt Lancaster made a dramatic appearance by helicopter onto the sands, where the American contingent spent much of the movie trying to spot the Aurora Borealis. Polnish Chapel, on the main road between Arisaig and Lochailort, also featured.

Note that the beach can get extremely busy in tourism season, with a small car park that quickly reaches capacity. Visitors should have a Plan B, especially at weekends or sunny days.

The 90s blockbuster starring Liam Neeson, Jessica Lange and Tim Roth shone some well-deserved spotlight on one of Scotland’s most curious historical figures, Rob Roy MacGregor. A powerful clan leader during the divisive Jacobite wars of the 17th and 18th Centuries, he was and is an outlaw to some, folk hero to others.

Filming locations across the Highlands were used, including ever-popular Glen Coe. But the Road to the Isles featured prominently too, with Loch Morar the site for MacGregor’s home. Built on the pebble beach on the Loch’s northern shoreline, you’ll generally have it all to yourself.

Whilst not filmed on the Road to the Isles itself the popularity of the Outlander series has undoubtedly increased visitor attraction to the West Highlands of Scotland. Outlander enthusiasts have actual some filming locations within reach – the closest being the Highland Folk Museum in Newtonmore and Glen Coe. The spot used for Craigh na Dun near Kinloch Rannoch and Drummond Castle (serving as Versailles, and that also appeared in Rob Roy) are other options over in Perthshire. 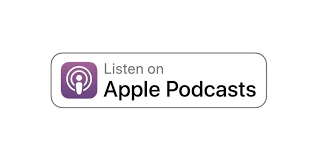 Go to Top
We use cookies on our website to give you the most relevant experience by remembering your preferences and repeat visits. By clicking “Accept All”, you consent to the use of ALL the cookies. However, you may visit "Cookie Settings" to provide a controlled consent.
Cookie SettingsAccept All
Manage consent

This website uses cookies to improve your experience while you navigate through the website. Out of these, the cookies that are categorized as necessary are stored on your browser as they are essential for the working of basic functionalities of the website. We also use third-party cookies that help us analyze and understand how you use this website. These cookies will be stored in your browser only with your consent. You also have the option to opt-out of these cookies. But opting out of some of these cookies may affect your browsing experience.
Necessary Always Enabled
Necessary cookies are absolutely essential for the website to function properly. These cookies ensure basic functionalities and security features of the website, anonymously.
Functional
Functional cookies help to perform certain functionalities like sharing the content of the website on social media platforms, collect feedbacks, and other third-party features.
Performance
Performance cookies are used to understand and analyze the key performance indexes of the website which helps in delivering a better user experience for the visitors.
Analytics
Analytical cookies are used to understand how visitors interact with the website. These cookies help provide information on metrics the number of visitors, bounce rate, traffic source, etc.
Advertisement
Advertisement cookies are used to provide visitors with relevant ads and marketing campaigns. These cookies track visitors across websites and collect information to provide customized ads.
Others
Other uncategorized cookies are those that are being analyzed and have not been classified into a category as yet.
SAVE & ACCEPT